Master of Fine Arts in Filmmaking with an option in Production

The Master of Fine Arts in Filmmaking is a two-year comprehensive degree in the art and craft of filmmaking, with the emphasis on hands-on instruction coupled with practical exercises in all the essentials of film and television production including directing, production, editing, cinematography and screenwriting.

In the second year of study, while taking the required core courses comprising the basis of their degree, the student chooses from five possible options: directing, production, editing, cinematography and screenwriting and prepares an end of year project related to the field of choice. This, in addition to selective workshops offered in the MFA curriculum forms the basis of the program. Consequently, the student is trained to become a well-rounded and polyvalent filmmaker with additional practice in their chosen option.

The option in Production gives students in the second year of the program, in addition to pursuing their required core courses, the opportunity to orient their final year project towards producing. Students with an option in Production will produce three approved film projects in their final year of studies. They also have priority in all producing and production management workshops during their second year.

Although the student’s final year curriculum allows for the choosing of a project related to the student’s Production option, the student must, at the same time, continue and complete the required core classes of the Master’s program.

In addition to the required core subjects, the Master’s program includes a choice of approximately 40 intense, high-end specialized workshops given by industry professionals covering a wide range of topics including the latest developments in production and technological advancements in the film, television and new media industries.

Included in the program, is an exclusive membership at the world-renowned French Cinémathèque giving EICAR students free access to both the Cinémathèque library and multimedia library as well as admission to all daily screenings. The EICAR Graduation and Film Awards are held every year in the Cinémathèque’s prestigious Henri Langlois Theatre.

The small class sizes and one-on-one tutoring with personalized feedback on class exercises and film projects are the cornerstones of the EICAR program, allowing students to advance rapidly towards mastering the fundamentals of film and television production.

After successfully completing all core classes, required workshops, and final year project, amounting to 120 ECTS, the student is awarded a Master of Fine Arts in Filmmaking degree issued by the European Board of Higher Education Schools (EABHES).

Mastering the fundamentals & new horizons of the digital era

The first year consists of courses in the key disciplines of filmmaking and an introduction to the latest digital technology accompanied by hands-on-film exercises and production of short films.

Additionally, students have the opportunity to broaden their knowledge through a series of specialized intensive workshops covering a wide array of film, television and media topics.

Focus on the final year project

In addition to completing the core curriculum and required workshops, students will devote significant time to the development of their final year project supported by extensive one-on-one tutoring.

Master Class Lecture Series is a weekly program where guest speakers, internationally renowned film, television and media professionals, all celebrated in their specific fields, give a two–hour lecture on the subject of their expertise.

You will meet directors, producers, actors, editors, authors, musicians, costume designers, directors of photography, sound designers and more. Our guests come to share their work, their stories and their experience. Films and film clips will be shown to illustrate their work.

Guests we have welcomed in the past include:

To stay on the cutting edge of the industry, every year EICAR, the International School of Film and Television, invests and updates its inventory of equipment and post – production facilities …

For hands-on exercises and film projects, students in our Bachelors’ program have access to a diverse range of cameras, both digital and film:

The sound crews have access to various microphones, mixers and digital recorders.

There are 85 post-production work stations equipped with the latest software available to students including:

A variety of grip accessories are available to students for their hands-on exercises and film projects:

Australian filmmaker, screenwriter and actress Jennifer Kent is about to release her second feature film ‘The... 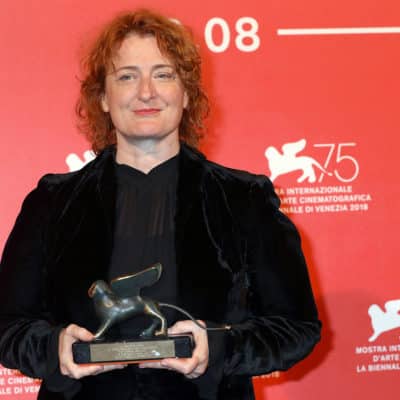