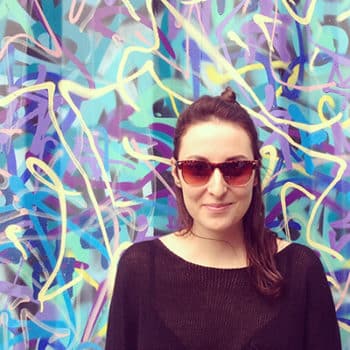 Great start in festivals for a student’s documentary!

BRUNA RODRIGUES’S DOCUMENTARY “TANT PIS – CHAPTER ONE” MULTIPLIES SELECTIONS AND AWARDS IN FESTIVAL ALL OVER THE WORLD!

Former student of EICAR’s One Year Filmmaking Program (2013) and Master of Fine Art, 1st Year (2014), Bruna Rodrigues presented her documentary at the International Department’s Award Ceremony 2014 where she was awarded with the Jury’s Special Mention.

Synopsis:
When Wal, Junior and Meg are selected to study at La Sorbonne in Paris, they leave behind the​ir​ suburb​ of ​Belém, Brazi​l​ to go to the big city. But that is not ​all​. ​Their own self-searching begins as they strive to be who they want to be within the LGBT community. ​The love between the three of them is ​the motor that keeps them moving forward.

Four months after the EICAR screening at the Cinémathèque française, “Tant Pis – Chapter One” was screened, selected and awarded in various events and festivals.

The documentary recently was recently awarded Best Academic Documentary at Rios Film Festival in Vila Real, Portugal. It is also selected for three other festivals:

Upon her return to Brazil, Bruna formatted a project for chapters 2 and 3. She explained: “Actually the idea is to shoot a feature length documentary divided into three chapters and each one will be shot in a different moment in time. The project was presented to some production companies in Belém, Brazil, and now they are trying to find sponsors to make it happen. Still nothing is confirmed yet.”

In addition to the work dedicated to “Tant Pis”, Bruna is beginning research on homophobia and sexual education of gay, lesbian and bisexual identities at schools in Brazil with the goal of writing a feature documentary in partnership with Kelly Spinelli, a Brazilian filmmaker.

We wish Bruna all the best on the festival circuit and we look forward to ​following the development of her new project!