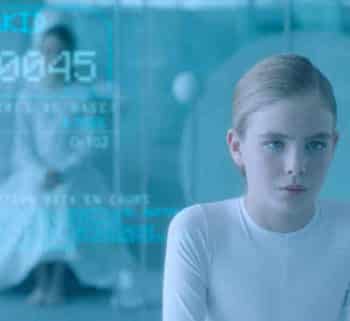 EICAR ALUMNUS AND TALENTED FILMMAKER, LUC WALPOTH TELLS US ABOUT HIS STUDIES IN PARIS AND THE EXCITING PATH HIS LATEST SHORT FILM IS CURRENTLY EXPERIENCING ON THE FESTIVAL CIRCUIT!

Studying at EICAR’s International Department was a great experience for Luc Walpoth: “I met beautiful people: friends who are now all over the world and are brilliant directors, writers, producers and cinematographers. I’m still in touch with them, and it helped me to grow and find my own way and style.” After he graduated from EICAR BFA program in 2005, the Swiss filmmaker founded his production company Turbulence Films with Klaus Pas (MFA 2006), another alumnus from EICAR. 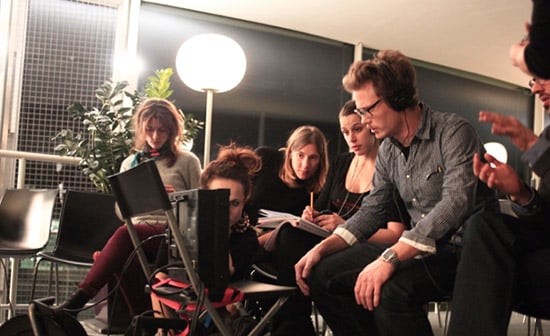 He has directed, shot and produced various commercials, documentaries and short fictions, which have premiered at international festivals, won awards and have been broadcasted internationally. His short film Traiettorie Invisibili (2011) won six awards and was aired by two national broadcasters RTS (Switzerland) and SVT (Sweden).

Luc Walpoth’s latest short film Replika is currently on the festival circuit. Co-written with Klaus Pas, Replika tells the story of Amy, a loving mother who is forced to format her only daughter, a dysfunctional 13-year-old android. Deeply affected by this emotional void, she loses track of the reality she lives in. Her husband Christopher desperately tries to comfort her, but Amy’s craving for motherhood pushes her to take in Sophie, a wandering, flesh and bone gutter kid.

The project lasted four years before its premiere where many talented people were implicated, such as former EICAR Acting program alumnus Carole Brana. “It was a long process, but everybody is very happy about the result, so I guess it was worth it”, noted Luc.

The crew members must certainly be happy since Replika recently won the Best Fiction Short Film Award at the Berner FilmPreis Festival (Switzerland) and the Best Foreign Language Film Award at the Dragon Con Independent Film Festival, and still continues to be selected and screened all over the world. “We’ve been in competition in various festivals around the world […] like Palm Springs International Shortfest (California), the Neuchâtel International Fantastic Film Festival (Switzerland), and Sitges 2015 [Catalonia International Fantastic Film Festival, ed] (Spain).” 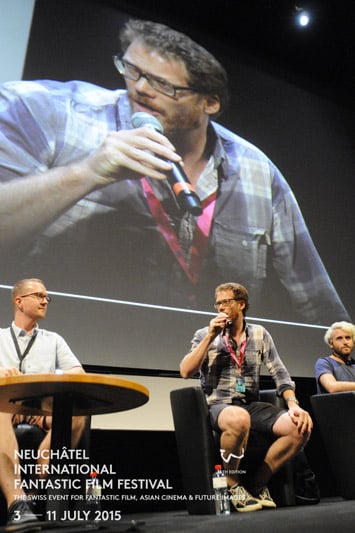 Currently living between Geneva and Los Angeles, the next step for Luc Walpoth is to develop the feature length version of Replika. He is also developing various feature scripts, and has a couple of projects with Turbulence Films from other directors in the pipeline and in post production.

We wish to hear some more great news from our alumni Luc, Klaus and Carole, and from the crew members of Replika!