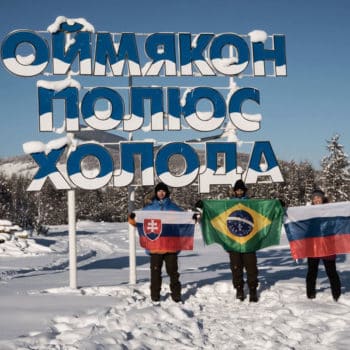 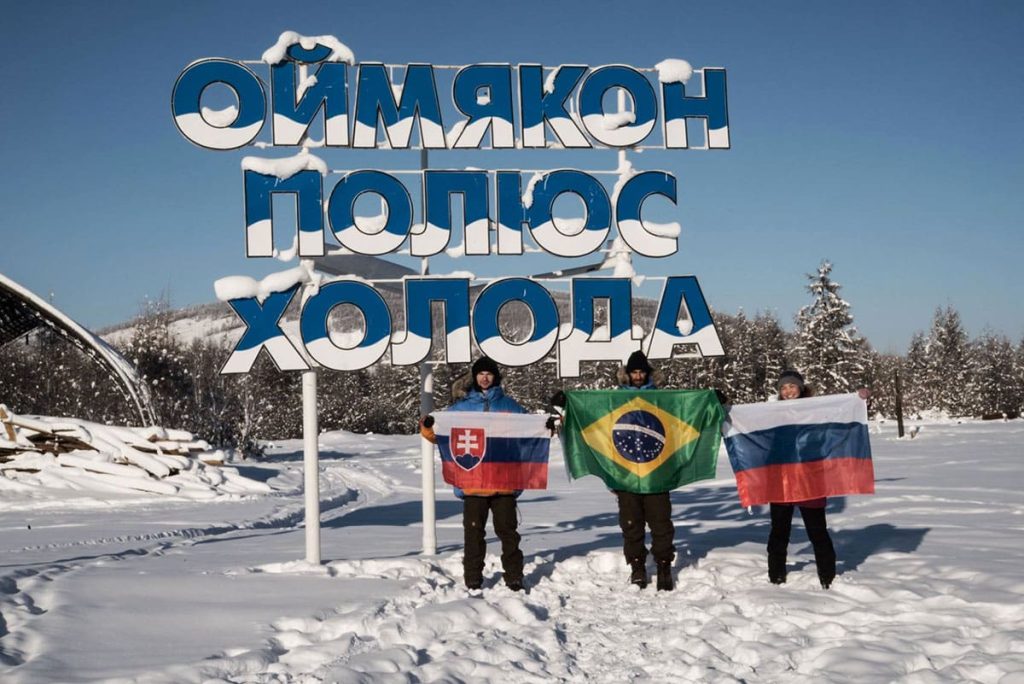 EICAR Alumnus Dominik Bari have been presented his documentary film Oymyakon across the world, from North Siberia to Hollywood.

Coming from Slovakia, Dominik Bari is 24 and has been passionate by audiovisual work since he was a child: documentaries, feature films, video clips, commercials and reportages… In 2014, he joined EICAR Bachelor of Fine Arts in Filmmaking program, in order to specialize in cinematography and film editing. While studying in France, Dominik had the opportunity to work for various production companies and advertising agencies in Slovakia, Czech Republic, France and the USA.

During his studies at EICAR, Dominik Bari met with his classmates Peter Vinokurov, from Yakutia, Russia. One day during lunchtime, Vinokurov mentioned he was coming from Yakutsk, a place Dominik Bari have heard of because of its extreme climatic conditions. This conversation started the idea in Dominik Bari’s mind, to document the lives of people in Northern Siberia.

The two students started their research and found out that the village of Oymyakon was considered as the coldest inhabited place on Earth, where the lowest measured temperature was below -70°C.

“I could not find any movies about this village, explained Dominik Bari. I found only a few reportages, but not a single more complex film documentary about the life there. At that moment, I knew I want to be the one to document it. I did not hesitate for a moment, and organized the team within a month.”

To prepare Oymyakon documentary project, Dominik Bari was helped by Petr Vinokurov for the organizational part. He also shared his idea with Brazilian cinematographer –and at the time, student at EICAR, in the Master of Fine Arts in Filmmaking program–, Felipe Paiva.

“I knew he was a right partner for the job, as his previous experiences include shooting in some dangerous settings, such as drug cartels in Latin America or in war zones of Syria, Iraq and Ukraine. Currently he works as a photographer and a freelance journalist.”

On February 2017, the film crew flew from Paris to Moscow, then from Moscow to Yakutsk. There, they met with Maria Romanova, who worked as an interpreter and helped the filmmakers to overcome the language barrier during their journey. After spending two preparatory days in Yakutsk, the crew set off for a 21-hour long journey through the taiga landscape.

The preparation of Dominik Bari’s project lasted for about a year and a half. Due to the dangerous nature of the project, EICAR couldn’t support it. However, the young filmmaker managed to secure several sponsors and partners to help reduce the costs.

Since then, Oymyakon won several awards at international film festivals, in Los Angeles, Berlin, Rome… It also made it into official selection of American Documentary Film Festival (AmDocs) which is closely cooperating with the academy.

A one of a kind student documentary Oymyakon tells the story of the people from an isolated village located deep in the Northern Siberian Taiga, known as the Pole of Cold. Witness a day in the life of the citizens of the coldest inhabited place on Earth and discover the challenges they face in this inhospitable landscape where the lowest ever recorded temperature stands at -71.2°C (-95.8°F).

On September 2018, the film was qualified by the Academy of Motion Picture Arts and Sciences in the “Documentary on Short Subject” category. This is a category for documentaries less than 40 minutes in length. Overall, about 100 films from around the world were qualified. From those, the Academy will select 5 documentary nominees.

In February 2019 one of the five nominated titles will be awarded Oscar. According to the information available, it is the first Slovak film in history that has qualified and will have the opportunity to compete for the Oscar in the short subject documentary category.

Some of the footage was also shared on Instagram by the Leonardo DiCaprio Foundation.

The documentary “Oymyakon” highlights the effects of climate change in the Siberian village of Oymyakon (Republic of Sakha), known as the coldest inhabited place on Earth, where thermometers broke when temperatures reached near-record levels. The estimated temperature that night was around -62℃ (-111.6°F). Locals said they haven’t recorded such levels in the past 15 years. Climate change is posing a real threat to local people’s lives and life structures, changing the soils, the fauna and the flora. Source: “Oymyakon” by Dominik Bari, Felipe Paiva, Petr Vinokurov

After graduating from EICAR International Department in 2017, Dominik Bari moved to London, where he is currently studying at the Masters level at the National Film and Television School (NFTS) in the field of Visual Film Effects. Petr Vinokurov still live in Paris where he works on several film and television projects, as well as documentary films in France and Russia.