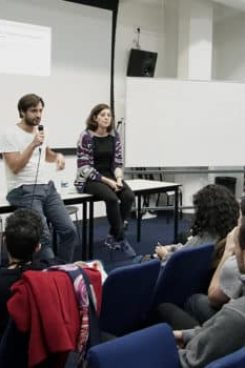 On October 31, the International Department had the pleasure of welcoming Katia Bayer to the weekly Master Class.

With a background in Journalism and Cultural Mediation in Belgium, Katia Bayer worked for several years at the online magazine of Belgian cinema, Cinergie.be. In 2009, she became the founder and the Editor-in-Chief of Format Court, an online magazine dedicated to international short films. Since 2011, she has been programming and animating the Format Court Screenings which take place monthly in an independent Parisian cinema in the 5th arrondissement. 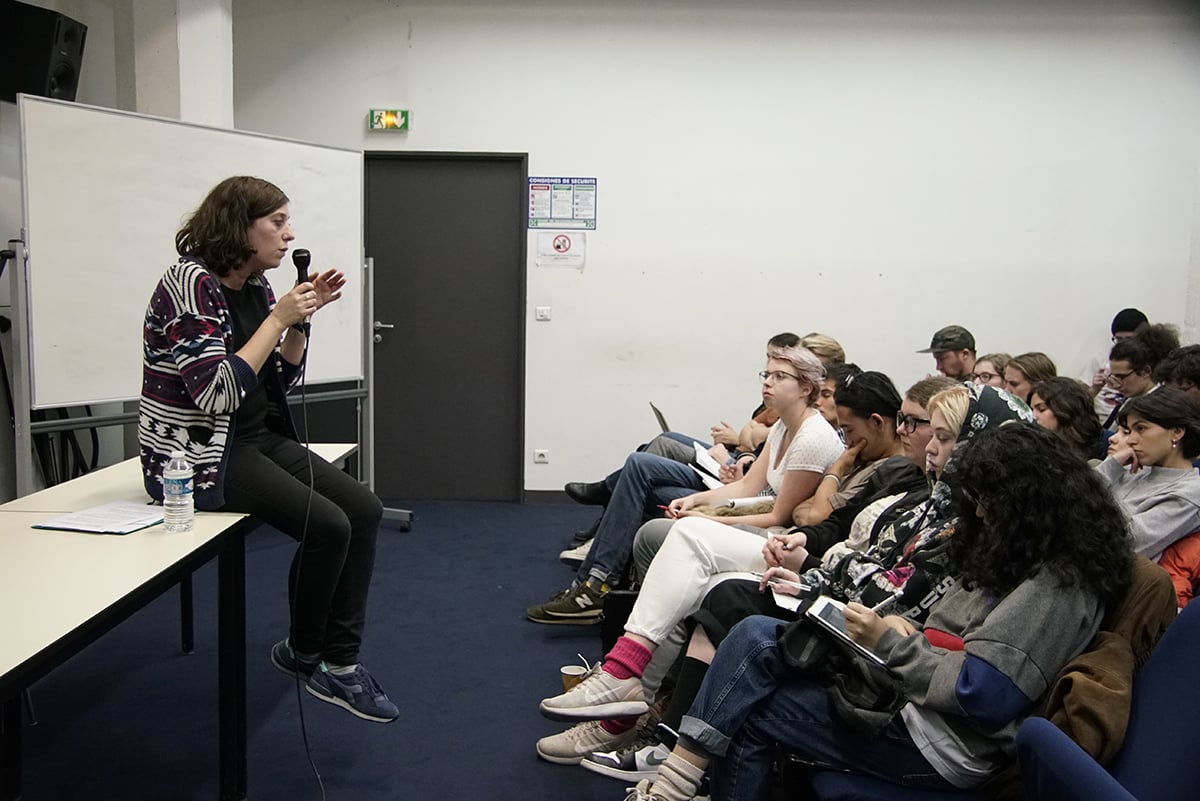 She regularly organizes networking parties dedicated to the short film industry such as After Shorts and is currently working on the very first festival of Format Court, which will take place in April of next year at the Ursulines. Her experience in the film industry, especially in the realm of the press, made her a very interesting guest for the Master Class.

Bayer discussed the process of submitting a short film to festivals, how to decide which festivals, and when to submit.

She covered how young filmmakers can strategically navigate the world of short film festivals, get discovered, and join a family of producers in the industry, as an up-and-coming new talent.

She also explained how to apply to the CNC, and what kind of films are more likely to be accepted and approved by the national French institution for Cinema.

Finally, she screened several, very diverse short films recently noticed by Format Court, including Noah, which won best film in a Canadian Film Festival, Mr. Mandila which was the thesis film of a student from a British Film School, and Ten Meter Tower, an innovative Swedish film codirected by Maximillien van Aertryck and Axel Danielson.

The students of the International Department were stimulated and inspired by the knowledge she shared and the original short films she presented.

Study filmmaking in France,cradle of cinema

Become a professional in the film industry, master your art!

Bachelor of Fine Arts
in Filmmaking

Master of Fine Arts
in Filmmaking

By continuing to browse this site, you agree to our use of cookies.
Changement de langue