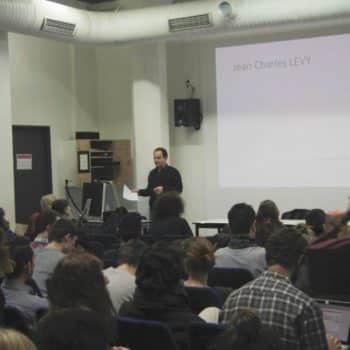 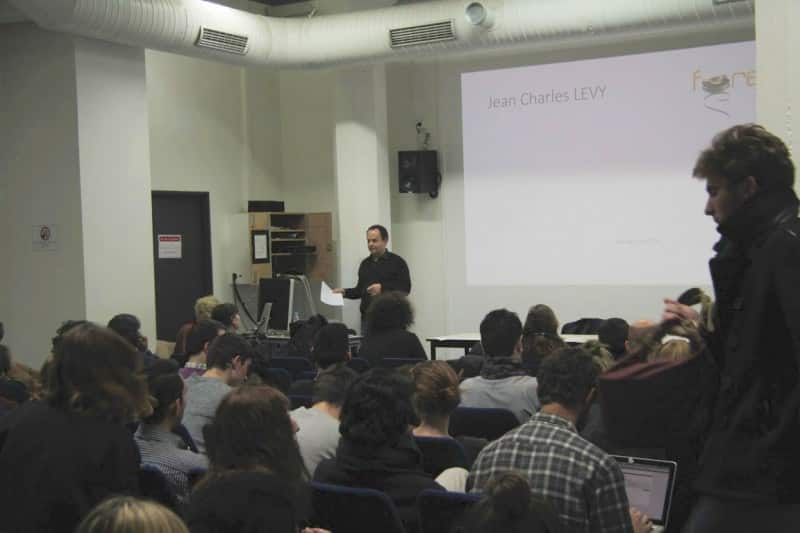 First master class of the year!

EICAR’s Master Class Series got off to a great start with the first Guest of 2016 – Jean-Charles Lévy of Forecast Pictures.

Jean-Charles took the class through the voyage of a feature film, from a guy walking into his office with an idea to five years later when Race is opening in February with a wide release in more than 2 500 theatres!

It was a great lesson in how much work is involved. Jean-Charles is an independent producer of large scale mostly English language co-productions and revealed the complexities of financing and the work involved in seeing projects through.

He shared his companies chart of projects, revealing four in post-production and eight in development clearing stating you can’t make it work with just one project. He clearly defined the producer’s role during shooting and in prep and post.

He ended with a few rules of conduct that were highly appreciated by the students: