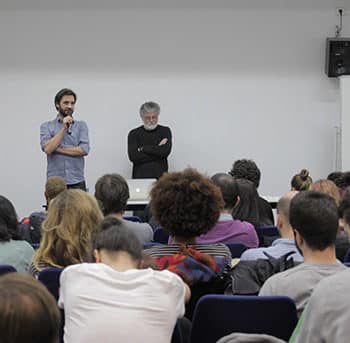 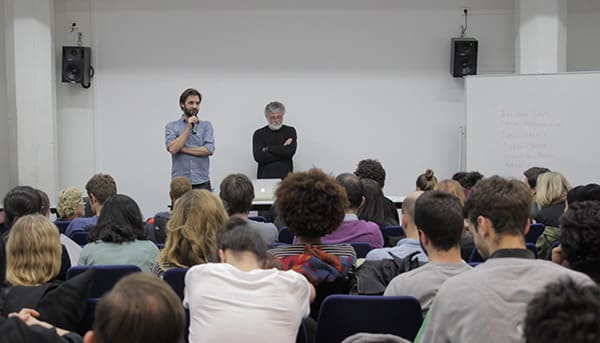 Adrian Smith has been an Artist and Designer in the creative industries for the last 40 years. Training under Ralph Koltai in the late 60’s and going on to work as a Designerand Scenic Artist in the Theatre and a Production Designer in both TV and Films.

Adrian Smith came from London to share his stories and views on film and ProductionDesign.
He told tales of working with Stanley Kubrick whose obsessiveness was challenging. Adrian told us how each piece of shrapnel in the set of Full Metal Jacket had to be drawn and catalogued for the American director. To say that Kubrick was detail oriented was clearly an understatement. 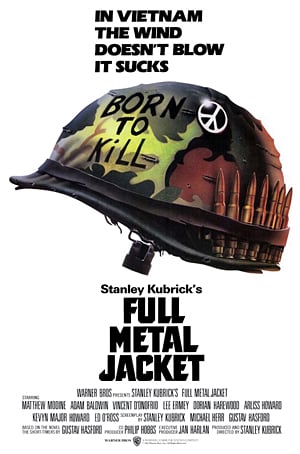 Adrian also talked about the film Bronson , directed by Nicholas Winding Renf, that he designed that included 22 versions of a prison cell! He explained how in that case the shooting schedule was made to fit the set changes in order to allow the art departmentto dress and re-dress some locations.

Throughout his career, Adrian Smith has been nominated and awarded many times, included for his work on the TV series The History of Mr. Polly (B.A.F.T.A Cymru 2007 Best Design). He recently worked as Production Designer on director Omer Fast’s feature film Remainder, which was selected at the 66th Berlinale Film Festival Panorama section.

Adrian started as a scenic painter in theatre and continues to paint when he is not designing. He has travelled extensively and painted in South America, India, and the Far East. His work has been selected and exhibited in various society shows including the Mall Galleries, The Bankside Gallery, and on several occasions The Royal Academy Summer Show.

He impressed everyone with his talent and humility and it was one of our best Master Classes!