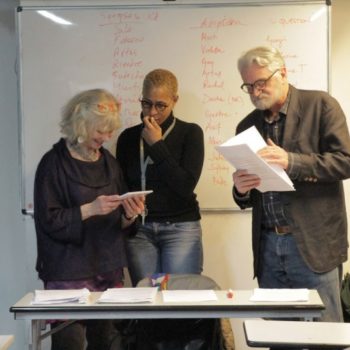 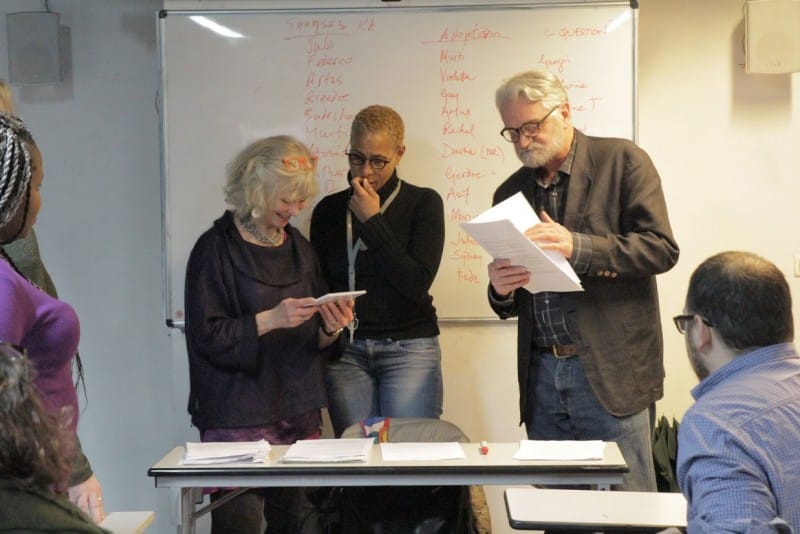 ACROSS FIVE DAYS, KARIN ALTMANN AND MICHAEL BRINDLEY HAVE PRESENTED APPROACHES TO THREE IMPORTANT AREAS OF WRITING FOR THE SCREEN.

“Finding your story” is a workshop held by Karin Altmann –former head of development of Australia Film Commission- and Michael Brindley –script consultant and screenwriter.

They have spent a full week presenting approaches to three important areas of writing for the screen:

During the week, students were able to learn the Art and Craft of the pitch so as summarizing the essence of a project. They became aware of the various kinds of adaptation of a project and learn to recognize differences between screen and print narratives. Karin and Michael taught them how to adapt factual material (true stories, history, news…) and explained the various types of television program and the rules of each.