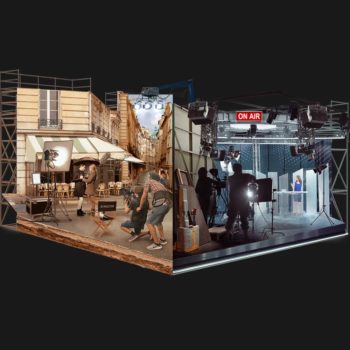 Please feel free to consult the FAQ below, but should you have a question that is not answered there, please fill the form below.

What kind of student attends the international department programs? Who are you looking for?

We are looking for potential filmmakers from all over the world from a variety of different backgrounds. The typical candidate is a non traditional student looking for practical immersion in filmmaking and the chance to work on their craft. The average student has little prior experience in filmmaking but presents him or herself with a letter of motivation, demonstrating their passion and seriousness as well as their long term goals.

What type of programs do you offer in the international department? What are their duration?

The Master of Fine Arts (MFA) program is 2 years, the Bachelor of Fine Arts (BFA) is 3 years; the One Year Filmmaking program is 1 year. All of our full time programs during the year require the student to apply. Summer Workshops can be one to three weeks and require only that one registers.

The Master of Fine Arts runs an average class size of 15 per year. Further, practical classes like cinematography are also split into two to keep sizes small. The Bachelor of Fine Arts is on average 25 students per class. The one year program has an average size of 10 students.

What is the rate of selection?

EICAR welcomes candidates from all over the world and we are selective. We have a ratio of accepting one out of four applicants

How do you apply to the degree programs and the one year?

There is no fee to apply to our programs and application is simple and can be done online. The application criteria that we ask for is a letter of motivation and a letter of recommendation.

A portfolio sample is obligatory for the Masters application but not for the undergraduate programs or one year.

We also require a copy of your passport and your last year of grades.

Candidates submit a copy of your high school or secondary school equivalent for application to the BFA and one year programs.

A copy of your undergraduate degree (it can be in any subject) is required  for application to the MFA.

Documents must be in either English or French.

We also schedule a skype interview as part of the process.

When is the admissions period?

Admissions begins in late October and is rolling but usually goes until early summer depending on places that remain.

Do I need to know French in order to go to the international programs?

No. Our BFA, MFA, One Year Filmmaking programs and our summer workshops, “Making a Short” and “Writing a Short” are taught in English. The school nevertheless provides French classes as part of the degree programs to help you to immerge into French culture.

When does the academic year start?

Orientation Day in the international department is usually scheduled on the last Friday of September. Courses continue until the end of July.

Do you offer scholarships?

In accordance with the school’s official policy, scholarships are not offered in the first year. However, in the degree programs, we do sometimes offer tuition reductions to exceptional students who demonstrate financial need in order for them to complete their studies with us.

Are you approved by the GI Bill and Veteran’s administration?

Eicar International’s degree programs, the BFA and MFA are officially recognized by the U.S. veteran’s administration. United States armed services candidates should take this into account.

What is the average age of students in the programs?

Although there is no age limit for the programs, the BFA tends to attract high school age students of 20 years of age, looking to start their undergraduate work. But we have had mature students in the programs before.

Students under the age of 18 must have completed their high school education and have a note from their guardian in France.

The MFA average age is the candidate who has already completed their undergraduate work, the average age being 25.

Who is the one year program designed for?

The one year is a great fundamentals program that allows students to take core courses from the BFA first year range of core classes. The average student for this program is not looking for a degree but is looking to spend a year learning the basics. IE: someone on his or her “gap year”. The flexibility of the one year allows students to take as many or few classes from these options as the student wishes.  Occasionally, students can also take a workshop or advanced class per their qualifying for it. Successfully completing the one year program provides an excellent basis for continued study with us, or a perspective of what a career in film will look like.

What are the summer workshops designed to do?

Unlike the degree programs, the summer workshops are designed to be a brief and fun introduction to all aspects of the craft. Students make their own 5 minute short as part of “Making a Short” and write their own short script and feature treatment as part of the two week “Writing a Short” workshop. It is a designed as a fun, practical introduction to the craft of filmmaking.

What makes the international department different than the Francophone programs offered at EICAR?

The English language curriculum of the International Department is specifically conceived to meet the demands of the global audio-visual, film and television industries. In the tradition of the Anglo-Saxon method of film education, a combination of theoretical classes, “hands-on-film” workshops and production, along with extensive personal one-on-one tutoring are the foundation of the program. Additionally, International students have a membership to the French Cinémathèque, the world’s first and foremost film museum, with free access to the screenings, library and cultural events.

Our International students, as well as the professors, come from the four corners of the globe creating a potential network of employment opportunities. The multinational nature of the faculty and student body is also one of the things that make the “EICAR experience” one of the most unique and productive in film education with the majority of our students finding employment in the audio-visual industries after graduation.

This is a modal window that lets you share the page you're consulting via email. Please fill out the following fields.
By continuing to browse the site you are agreeing to ouruse of cookies
felis quis, venenatis, nunc Praesent quis ut fringilla